What are Initial Exchange Offerings (IEOs)?

Initial Exchange Offerings (IEOs) became very popular in recent years as they allow investors to get access to a wide range of digital currencies before they are released to the market. These types of coin offerings are similar to Initial Coin Offerings (ICOs), but there are some differences that we will discuss in the following sections of this post.

With new tokens being released to the market on a daily basis, it is very important to get access to some of the most useful IEO platforms. But how to participate in these token offerings? Is there a way to purchase coins and make a profit if their price moves higher? In this guide, we tell you all the details about IEOs and why they are very important to crypto investors.

What are Initial Coin Offerings (ICOs)?

We need to first talk about Initial Coin Offerings and how they shaped the cryptocurrency industry in recent years. These are public offerings of tokens that would then be traded on the market (different crypto exchanges). The main goal of ICOs is for projects to raise funds by selling the token they created. Usually, they sell a large part of the total supply, and they keep some of the rest for them as a reward or incentive for the project they are building.

Due to this reason, ICOs became less popular over time and exchanges decided to create their own version of ICOs: Initial Exchange Offerings (IEOs). Thanks to the expansion of IEOs, it is now possible to say that ICOs became almost a thing of the past. Nevertheless, there are still some Initial Coin Offerings being released on a regular basis.

In some cases, Initial Coin Offerings and the projects behind them scammed people. Funds were stolen and money was taken from investors that believed in these projects. This is something that IEOs wanted to change and make more efficient over time.

What are Initial Exchange Offerings (IEOs)?

Initial Exchange Offerings are very similar to Initial Coin Offerings. The goal is to have projects that sell their tokens to the cryptocurrency market without having to be worried about the project running away with users’ funds or shutting down their operations.

Basically, projects release their tokens through crypto exchanges. These exchanges would conduct an analysis of the project that wants to do an IEO and they would decide whether to feature it or not. This provides an extra layer of security, as exchanges would only select projects that are serious and that have experience in the cryptocurrency market.

Initial Exchange Offerings have a smaller allocation of coins to early buyers. Indeed, just a few selected users are able to buy tokens released through IEOs. These users are those that hold the token of the exchange for a certain period of time. Although the mechanics and details of who has the right to purchase IEO tokens changes according to the exchange, the rules tend to be very similar. Just a small number of users that hold the native token of the exchange would be able to participate in the IEO.

Usually, once the IEO tokens are sold to early investors, these tokens become available on the platform that you used to buy these tokens. In this way, users can sell their tokens usually at a profit, as exchanges promote the IEO and the projects behind the tokens that have been released.

As you can see, most of these IEOs would require you to hold the tokens of the exchange in which the IEO has been listed. Without these coins, it might not be possible for investors to participate. Furthermore, this has a clear impact on the price of the token of the exchange. In some cases, if the IEO has been extremely promoted, the price of the native exchange token could experience larger volatility.

There are several IEO platforms that are currently very useful for users to get access to the latest and most advanced tokens in the world. We are talking about Binance and Huobi, two of the largest crypto exchanges in the world.

You should also know that there are many other Initial Exchange Offering platforms that are currently letting users get access to some of the most profitable tokens in the market. It is up to investors to decide which IEO platform they use to purchase these tokens.

IEO platforms are some of the best places to find some of the news cryptocurrencies to be released in the market. Finding the right projects could be a very positive thing for your portfolio. In some cases, a small allocation in IEO tokens could make a large difference in the long term. Take into consideration that we are not financial advisors.

There are many other trading platforms that have released their own IEO solutions. Therefore, it is up to you to find the most active exchanges launching IEOs if you want to find new projects and small-cap tokens in the market. Binance and Huobi are just some examples, but there are many others.

When selecting a launchpad or IEO platform, you should take into consideration many things, including the trading volume of the exchange, whether they are a recognized platform or not, and the reviews that they have. It is always a good thing to avoid small exchanges. These platforms might be searching for larger volumes and list tokens that would perhaps not be listed on larger crypto exchanges.

Binance works with its Binance Launchpad service in which users can learn about new projects and purchase their tokens as soon as they get released to the market. This platform lets projects raise funds and reach a large number of investors that would be interested in purchasing new and innovative virtual currencies. 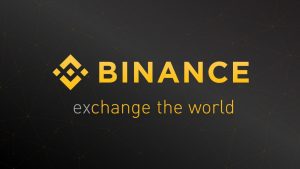 Projects that work with Binance Launchpad would also get advisory service from Binance and additional information on how to better release a project to the cryptocurrency market. The goal is to help products develop their solutions and increase adoption.

Binance is known as one of the largest cryptocurrency exchanges in the world. The platform has been operating for several years and it is now one of the crypto exchanges with the largest volumes in the market. This is because they are not only offering a large number of trading pairs but also because they have added many different cryptocurrencies over the last few years. Thanks to Binance’s expansion, today there are many projects launching their tokens on top of Binance’s IEOs solution.

Furthermore, there are many advantages of using Binance. For example, they have added a large number of fiat on-ramp solutions to make it easier for investors to deposit funds and get access to the cryptocurrency market.

Perhaps, one of the most popular tokens launched through an IEO was the BitTorrent Token (BTT), which was released in a partnership between Binance and Justin Sun. Nowadays, BTT is the 68th largest cryptocurrency in the market. However, when it was released, it was traded close to $0.0000034 and then it fell below $0.000002.

During that time, the market started to buy large amounts of BNB tokens in order to participate in this IEO, which has then been considered a price manipulation by many analysts. As you can see, it is very important to make sure that you use the right platform and that you search for reliable IEOs.

In order to compete against Binance, Huobi Global launched Huobi Prime in order to let users get access to some of the most promising projects in the cryptocurrency market. The way in which this platform works is very similar to Binance.

Users have to purchase the token of the exchange and depending on different factors, they could get selected to purchase the tokens released by curated projects on Huobi Prime. Huobi is also a strong competitor to Binance. Indeed, both exchanges are trying to get a larger number of users and increase their trading volumes.

Despite the fact that Binance is still larger than Huobi, some trading pairs can still have larger volumes on Huobi than on Binance. This would make a large difference for traders that want to trade efficiently and different digital assets in the market.

Huobi has also been expanding its solutions and services in the cryptocurrency market. Nowadays, users can easily purchase virtual currencies using this trading platform with debit and credit cards, among other payment methods. This shows that the market is much more efficient than in the past when users could participate in Initial Coin Offerings using digital currencies.

Nevertheless, remember that you will have to buy Huobi Token (HT) in order to participate in different Initial Exchange Offerings on Huobi Prime’s platform.

There are many pros and cons of Initial Exchange Offerings (IEOs) that are worth taking into consideration. This is just a list of benefits and drawbacks of these types of coin offerings, but you can value many other things.

If you want to know more about IEOs, one of the best things that you can do is check each of the platforms that would be offering Initial Exchange Offerings (IEOs). You should always read the Terms and Conditions before participating considering that some of these platforms might have specific rules that apply to the buying and selling of new tokens in the market.

Other things to take into account include the reliability of the platform that you use, the team behind the release of the new token and the requirements established by the crypto trading platform for you to participate in the initial exchange offering.

In this guide, we have discussed how Initial Exchange Offerings work and how they can be a great tool for investors to get access to unique and new tokens in the cryptocurrency market. There are many different cryptocurrencies that can be purchased through this token issuing method.

Take into account that there are many pros and cons of getting access to Initial Exchange Offerings. Most of these benefits and drawbacks would highly depend on the project in which you want to invest and the crypto exchange used to perform the whole purchase. Some launchpad platforms are better than others and might be more suitable for you.

Initial Exchange Offerings represent a better and more intuitive way for investors to get access to cryptocurrencies and purchase newly issued coins to the market. Rather than relying on Initial Coin Offerings, investors are now using a more secure and reliable way to get exposure to high risk (but also highly profitable in some cases) tokens from different projects in the crypto market.

It is up to you to decide which crypto exchange you use to buy these tokens and whether you do so on a regular basis or not.