Are you looking for Best BCH Wallet? We have listed the safest and trusted Web, Desktop, Mobile, and Hardware Bitcoin Cash Wallets in this article.

Since its launch in August 2017, Bitcoin Cash has grown exponentially. It took off from $0.1 in mid-August to $1000 in just 4 months. By mid-December, Bitcoin Cash was trading at above $3000. The prices dropped to $2000 in January and later $1000 in February 2018. In recent weeks, the cryptocurrency has stabilized and investors are taking the chance to hold Bitcoin cash in large numbers.

Bitcoin is the creation of a mysterious figure known as Satoshi Nakamoto. He launched the digital payment system in 2009 and also mined the first Bitcoin block. A lot has been said about bitcoin, but it’s the network’s scalability limitations that led to the development of cryptocurrencies such as bitcoin cash.

Bitcoin cash is a popular cryptocurrency and there are many wallets supporting it. Let’s discuss each type of BCH wallet in brief.

Coinbase is the world’s most popular cryptocurrency wallet and exchange. Users can buy and sell their cryptocurrency in the Coinbase wallet. It supports major cryptocurrencies like Bitcoin, BCH, Litecoin, Ethereum, Tezos, and many more. Coinbase stores a major portion of your funds in cold storage to keep them away from the reach of hackers. They also have insurance for the safety of the funds. Coinbase is available as a web platform as well as for mobile devices. 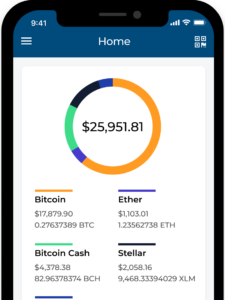 Blockchain wallet is another most popular and one of the oldest cryptocurrency wallets. There are more than 48 million wallets and over $200B worth of transactions have been made to date. Being one of the oldest wallets, it is most trusted as well. Blockchain wallet supports a limited number of cryptocurrencies including Bitcoin cash. You can read our article on BLockchain vs Coinbase wallet. The major advantage of BLockchain over the Coinbase wallet is that Blockchain allows users to have complete control over their funds. On the other hand at Coinbase your funds is in hands of Coinbase but still, they are the most trusted player in the industry. Like Coinbase, It also allows users to exchange their cryptocurrencies within the wallet itself. Join the Blockchain wallet.

Atomic Wallet is a new multi-assets solution for convenient storage of Bitcoin Cash. For sure, Atomic can be used not only as a BCH wallet: it currently supports over 300 coins and tokens. Besides, every weekly update adds new crypto assets and features.
The desktop app is available for Windows, macOS, Ubuntu, Debian, and Fedora. Alpha versions of Android and IOS mobile apps will be released in November 2018.

The Ledger Nano S looks exactly like a typical flash drive. It’s built on a series of powerful security features that enable it to store a variety of cryptographic assets. You can send and receive bitcoin cash on this wallet, carry it around in your pocket and get your coins back in case you lose the drive. Buy Ledger Nano S 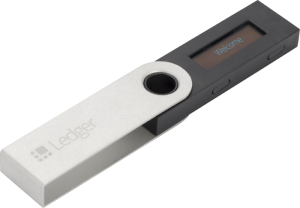 Trezor is the second most popular hardware wallet after the Ledger Nano S. It resembles a flash drive wallet as well, but it’s smaller in size. Developed in 2014, the Trezor wallet has such advanced security features that it would work on a compromised computer and your coins wouldn’t get lost. Buy Trezor Wallet 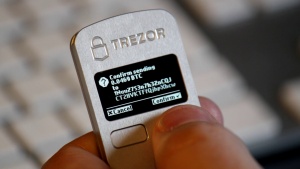 KeepKey is designed to secure your bitcoin cash and other cryptocurrencies safely on a hardware device. KeepKey handles the generation of private keys, producing random keys to enhance the security of your transactions. Buy Keepkey Wallet now 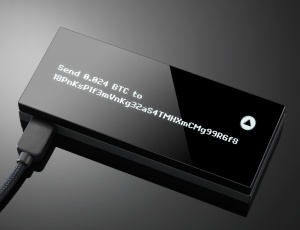 Guarda Wallet is a multi-currency wallet available in Web, Desktop, Chrome Extension, and Mobile (iOS, Android) versions. BCH storage, exchanges, and purchases are there for all the wallet platforms. Despite Bitcoin Cash, Guarda supports over 40 major blockchains and more than 10.000 crypto tokens.

Guarda wallets are non-custodial, so the user is in charge of their funds at all times.

The key features of Guarda Wallet include:

Electron Cash was designed to improve on Electrum, a desktop wallet. Its security features involve a mnemonic seed phrase and private keys to easy transactions. Electron Cash supports almost all the major operating systems, including Android and Linux.

Exodus is a desktop and mobile wallet that offers security and ease of use. Integrated with a ShapeShift API feature, users can send and receive cryptocurrencies or exchange them directly with the ShapeShift feature. 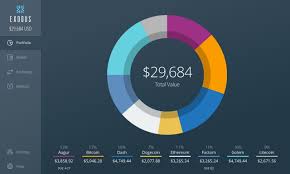 Mobi supports more than 100 cryptocurrencies, making it the ideal choice for altcoin users who hold the less known cryptocurrencies. Available on both Apple and Google Play stores, Mobi is easy to use, secure, and fast.

The Mobi Company also offers a prepaid Mobi card that can be linked to your wallet so that you buy goods and services in bitcoin cash seamlessly.

Coinimi is one of the most popular mobile wallets in the world.  It’s designed with advanced security features and gives you the power to manage any of the 40 cryptocurrencies you can store in this wallet. Coinimi does not support iOS at the moment but states it’s in the process of availing an iOS wallet.

BTC.com is a mobile and web wallet that allows you to secure Bitcoin Cash, send or receive them using only a short wallet address. It’s lite weight in nature and supported by robust security features.

However, being an online wallet means that it’s possible to become vulnerable to malware or virus attacks. BTC.com is available for both Android and iOS devices.

Jaxx is both a mobile and a desktop wallet. On mobile phones, the Jaxx app is available on Google and Apple stores for Android and iOS devices respectively. Jaxx is designed with advanced security features.

It’s easy to use and has a cold user design to limit the vulnerabilities of malware and virus attacks.

I hope you enjoyed this article on the best Bitcoin Cash (BCH) wallet. Generally, both online and offline wallets offer ease of use when storing Bitcoin Cash. However, cold means of storage tend to offer better security features, making them the preferred option for people that hold large amounts of bitcoin cash.

DeFi Could Reach $1 Trillion Market Cap In the Coming Years

The SOS Foundation To Partner with Project Zero to Restore the Ocean.