Tezos is a smart contract platform, which was designed to reduce cost, save time, and make easy transactions. Tezos is the brainchild of Arthur and Kathleen Brietman, a young couple who raised a massive sum of $232 million just in its initial coin offering in 2017. The main idea behind Tezos was to develop a platform where all token holders will have the power to make decisions regarding up-gradation an improvement of cryptocurrency codebase.

A unique voting system is adopted where a general consensus is achieved through the votes of the token holders and the developers make the necessary changes and improvement in the protocol. There is also a reward system for the voters.

How does Tezos work?

Before going through the best Tezos wallet list lets have a look at its working. Tezos aims to solve some of the problems that Blockchain has been facing on the Ethereum platform. It is very similar to Ethereum, but there are some distinguishing features. Tezos takes into consideration the “community consensus” protocol where decisions are made based on the votes of the holders without disrupting the network functioning.

Tezos has undertaken an “on-chain governance” mechanism where democratic decision-making and amendments are followed. The on-chain governance mechanism of Tezos mainly focuses on protocol changes within the system. Here holders give proposals for amendments in protocols. Then the Tezo holders vote on the protocol. If the proposal is accepted, it is implemented in the system. The developers in return get compensated for the acceptance of their proposal.

Another feature of Tezo is the Proof-of-Stake consensus algorithm where the token holders participate in the network and get rewarded for doing so. An easy formal verification system makes Tezo more secure and easy to use. Tezo has introduced smart contract language called the Michelson, a very simple programming language which is easy to understand and can be used by the stakeholders easily.

You can use exchange wallets to put your Tezos tokens as well. They are similar to online web-based wallets. You can also exchange your Tezos to other cryptos on the following exchanges:

There is a list of wallets supporting XTZ coins. Few wallets have undergone at least one independent external security audit and listed on Tezos official website. These wallets are Hardware Wallets, Tezbox, Galleon, Kukai, and CLI Wallet. Below is the complete and updated list of Tezos Wallet:

Atomic Wallet is a new multi-assets solution for the convenient storage of Tezos. For sure, Atomic can be used not only as XTZ wallet: it currently supports over 300 coins and tokens. Besides, every weekly update adds new crypto assets and features. The desktop app is available for Windows, macOS, Ubuntu, Debian, and Fedora. Alpha versions of Android and IOS mobile apps will be released in November 2018.

Download Atomic Wallet and use promo code: HWW83 to get 15 free AWC coins.

Coinbase is one of the biggest cryptocurrency wallets and exchanges operating in 55+ countries worldwide. Customers can store, buy, and sell supported cryptocurrency through a connected bank account, card, SEPA transfer, and few other payment modes. Coinbase is an easy to use reputed and safe platform. It is a Francisco based company with FDIC insurance up to $250.000. Coinbase supports major cryptocurrencies such as Bitcoin, BCH, Litecoin Ethereum including Tezos (XTZ). Get Coinbase Wallet

The Trezor T, a popular hardware wallet that supports a list of cryptocurrencies is now started supporting Tezos (XTZ) as well. Tezos investors who own a Trezor Model T can interact with the Tezos network with the help of another wallet, for example, SimpleStaking, in combination with the Trezor T device. Developers of the TezBox Wallet also integrated the support for Trezor T Wallet.

Similar to Trezor, Ledger Nano S, another popular hardware wallet to safely store cryptocurrencies. Tezos holders can now store XTZ coins to their Nano S wallet as developers of the TezBox Wallet, have developed the support for the Ledger S Nano.

AirGap Wallet is an open-source mobile wallet through which users can achieve security like a hardware wallet. It can also be considered as an alternative to hardware wallets. It is a combination of two wallets called AirGao Wallet and AirGap Vault where the AirGap wallet is used to store your funds while AirGap Vault is used to sign the transaction.

Users can install AirGap vault to the separate offline mobile device which is not connected to any network to ensure the highest level of security.  AirGap Wallet equipped with a built-in exchange for an instant swap between tokens. You can also bake XTZ tokens by delegating your Tezos to tezosAirGap baker. Read more about AirGap Wallet

It is the first of the decentralized functional GUI (Graphical User Interface) Wallet launched by Tezos. TezBox is very user-friendly and stores all your private keys securely in your wallet. It runs on multiple devices and has a simple backup system. The interface is very easy to use and transparent and users can verify and report any problem whenever he wants. TezBox has grown into one of the most widely used wallets and has a wide coverage of users and it operates on all Androids and iPhones. Visit TezBox

Exodus is one of the best cryptocurrency wallets added support for Tezos as well. Exodus Tezos wallet is available for both desktop and mobile devices. Other than wallets, it offers an awesome tool for portfolio management. Exodus wallet is also equipped with a Built-in exchange so that you can buy sell exchange Tezos with other cryptos available in your portfolio.

Galleon wallet is a deployment of Tezori. It is an open-source wallet framework for Tezos tokens, which supports both hardware and software wallets in eight different languages. Galleon wallet is available for Mac, Windows, and Linux. 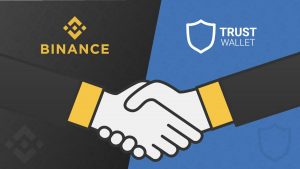 Kukai Tezos wallet allows you to create a new account and get all your wallet details. But before that, you will have to create or import a wallet. Visit Kukai

Atomex is an HD desktop wallet that supports Bitcoin, Ethereum, Litecoin, and Tezos. Atomex has a built-in hybrid exchange that provides atomic swaps between the supported coins. Users can start with this wallet without any registration. With Atomex wallet users have full control over their Pvt. ket as they are stored locally. There is no additional fee for using Atomex services, users have to pay only miner commission for regular as well as cross-chain transactions. 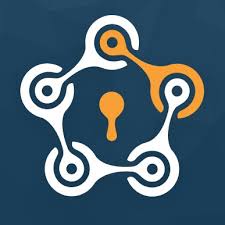 Magnum is a lightweight and anonymous web-based wallet supporting Bitcoin and more than 700 different cryptos including Tezos. Magnum supports to claim a lot of forks and to gain on the POS consensus by staking. Magnum has a secure wallet supports for popular crypto hardware wallets such as Ledger and Trezor. The encrypted private keys are stored in the browser’s local storage. Link to Magnum Wallet.

tezos.blue is a superfast light wallet, which allows you to keep your tokens anonymously and securely in the Tezos network. The wallet is currently available in Apple’s beta program TestFlight. The app is available on all operating systems but doesn’t have a browser interface. Its multilevel encryption system makes the app very secure to use. Visit tezos.blue

Guarda is a multicurrency wallet that is currently offering Web Wallet, Desktop Wallet, Mobile Wallet and Chrome Extension. With Guarda wallet, you remain in control of your private keys at all times. Like other web and mobile wallets, the keys to your crypto assets are encrypted and secured on your own device. For an extra level of security, you can apply a PIN to access the Guarda app. Guarda has a built-in exchange which is the feature I like the most. It allows you to trade coins within the wallet. It supports bitcoin, Monero, Litecoin, and Zcash and many other coins including XTZ. Visit Guarda Wallet

Remember: These all wallets are recently launched and there is no much review or user experience available to rate these wallets. Out of the above list, TexBox seems to be the most reliable and famous Tezos wallet. Please be very sure and careful before using any of them.

Kraken Returns to Japan with Crypto Trading as APAC Expansion

Singapore’s DBS Bank Is Soft Launching Its Own Crypto Exchange

How Going Legit With Cryptocurrency Could Benefit Big Businesses